On the 13th of September 1917, for the fifth time, the Holy Virgin beseeched:  “Continue to say the Rosary to bring about the end of the war”.  Our Lady’s insistence on the recitation of the Rosary is remarkable (see newsletter n°31).  It is naturally found with Sister Lucia who, throughout her whole life, insisted on the importance of this prayer.  Here is what she wrote to one of her nephews, who was a priest, on the 29th of December 1969:

The repetition of Ave Marie, Pater Noster and Gloria Patri is the chain which raises us up all the way to God and attaches us to Him, enabling us to participate in His Divine Life, just as the repetition of the mouthfuls of bread with which we nourish ourselves keep us alive;  and we don’t call that something outmoded !  This confusion (saying that the Rosary is out of date) is diabolical.  Don’t let yourself be taken in.

This, also, is what she wrote to another nephew who was a priest too (letter dated 4 April 1970) when giving him some advice for his apostolate:

It is essential to stay away from confused, dissenting doctrine.  ( … )  The campaign is diabolical.  We have to resist it, without arguing amongst ourselves.  We should say to souls that now, more than ever, we should pray for ourselves and for those who are against us !  We should say the Rosary every day.  It is the prayer that Our Lady recommended to us the most, as if to protect us, in anticipation of these days of diabolical campaign.  The devil knows that we can save ourselves by prayer.  Also, it is against this that he carries out his campaign so that we might be lost.  Now that the month of May is going to begin, say the Rosary every day.  Don’t be afraid to expose the Most Blessed Sacrament and to say the Rosary in His presence. 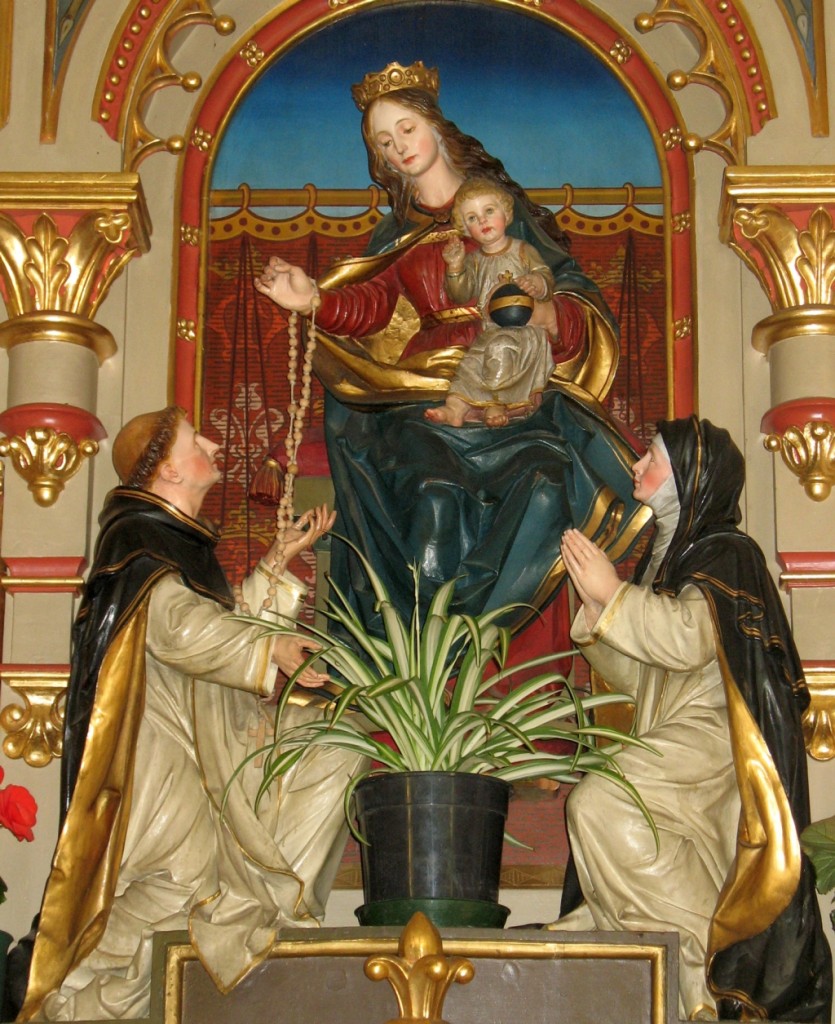 It is wrong to say that this is not liturgical, as the prayers of the Rosary are all part of Holy Liturgy;  and if they are not disagreeable to God when we say them whilst celebrating the Holy Sacrifice, likewise they are not disagreeable to Him when we say them in His presence, when He is exposed for our adoration.  On the contrary, it is the prayer which pleases Him the most as it is the best way we can worship Him.  (…)

How can the prayer which God taught us and recommended the most to us be outmoded?  It is easy to see here the ruse of the devil and his followers who, by having souls stray from prayer, lure them away from God.  Don’t be deceived.  Enlighten the souls entrusted to you and say the Rosary with them every day.  Say it at church, in the streets, on the pathways and in town squares.  And if at all possible, go through all the streets praying and singing the Rosary with the people;  and finish in the Church by giving the blessing with the Most Holy Sacrament.  All this in a spirit of prayer and penance to ask for peace in the Church, for our overseas provinces and for the world.

This insistence by Our Lady and Her seer is equalled by the insistence of Popes themselves, and this well before Fatima.  Here are a few examples:

Leo XIII in his encyclical Supremi Apostolates Officio of the 1st of September 1883:

Since, therefore, it is clearly evident that this form of prayer is particularly pleasing to the Blessed Virgin, and that it is especially suitable as a means of defence for the Church and all Christians, whilst bringing all kinds of public and private benefits, it is in no way wonderful that several others of Our Predecessors have made it their aim to favour and increase its spread by their high recommendations.

Thus Urban IV testified that “every day the Rosary obtained fresh boon for Christianity.”  Sixtus IV declared that this method of prayer “redounded to the honour of God and the Blessed Virgin, and was well suited to obviate impending dangers”;  Leo X that “it was instituted to oppose pernicious heresiarchs and heresies”;  while Julius III called it “the glory of the Church”.  So also St. Pius V., that “with the spread of this devotion the meditations of the faithful have begun to be more inflamed, their prayers more fervent, and they have suddenly become different men;  the darkness of heresy has been dissipated, and the light of Catholic faith has broken forth again.” 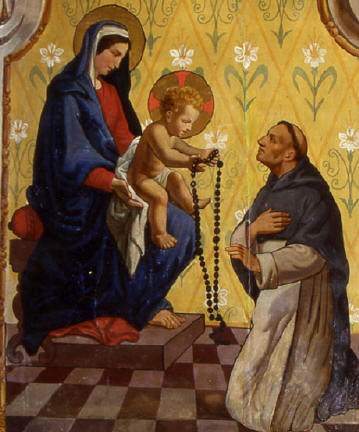 Saint Pius X, in his testament:

If you wish peace to reign in your families and in your country, say the Rosary with your family every day:  the Rosary is the perfect summary of the Gospel and it brings peace to all those who say it …  Love the Rosary, say it every day.

Benedict XV, in a letter dated the 18th of September 1915 (just before the apparitions !):

At the same time that we feel more keenly the need for Christian prayers, we realise that amongst them all the Rosary is more necessary than ever before, which is not only addressed to the One by which it pleased God to bring all grace, but which also, more clearly than any other, bears the universal character of collective and family prayer.

We desire that Christian people, individually and collectively, make themselves even more familiar with the recitation of the Rosary, firmly convinced that it is the most beautiful flower of human piety and the most fecund source of Heavenly graces.  A prayer of supplication and intercession, it is indisputably perfect, whether by the praises it addresses and the invocations it utters, whether by the help it procures and the teachings it contains, whether by the graces and the triumphs it prepares.

And after Fatima, the Popes continued in this direction.  In his encyclical of the 29th of September 1937, Ingravescentibus Malis, Pius XI declared:

Among the various supplications with which we successfully appeal to the Virgin Mother of God, the Holy Rosary without doubt occupies a special and distinct place.  ( … )  Nevertheless, if men in our century, with its derisive pride, refuse the Holy Rosary, there is an innumerable multitude of holy men of every age and every condition who have always held it dear. They have recited it with great devotion, and in every moment they have used it as a powerful weapon to put the demons to flight, to preserve the integrity of life, to acquire virtue more easily, and in a word to attain real peace among men.

It would be possible to go on like this with the successors of Pius XI.  We are only prevented from doing so by lack of space.  But who remembers this teaching today?  Why does the Vatican not remember that peace in the world and the end of wars can be obtained by the daily recitation of the Rosary?  In this year of the centenary, which authority has remembered all the graces which we can obtain by the Rosary?  The official website of the centenary hardly mentions it and in terms which are far from recalling the teaching of the Popes.  Fortunately, a few clergy have done so, but it has to be admitted that, alas, there are not many of them.  So then, let us say our Rosary every day, not only to obtain the end of war and for peace in the world, but also because it is a prayer which is particularly pleasing to Our Lady.

Letter of support to Cardinal Burke

The letter from Cap Fatima 2017 in support of Cardinal Burke’s initiative to obtain the Holy Father’s consecration of Russia to the Immaculate Heart of Mary (see newsletter n°52) collected a little over 1,100 signatures.  The letter was sent on the 28th of August.  We have not yet received a reply for the moment.

In union of prayer in the Immaculate Heart of Mary.
Yves de Lassus,
Cap Fatima 2017.